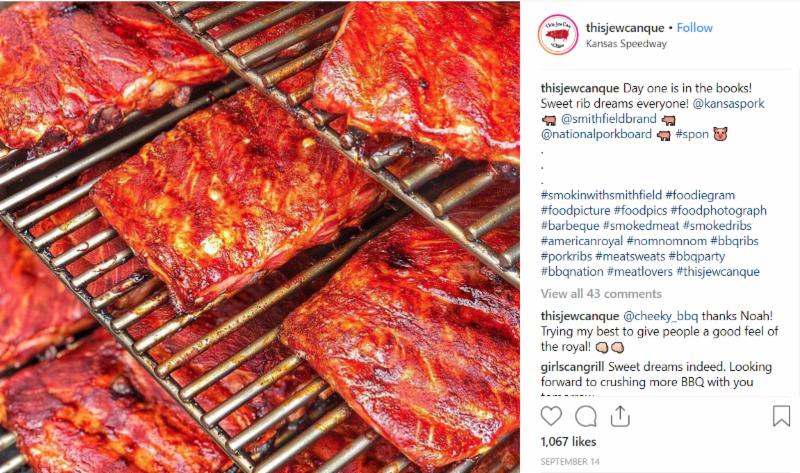 The Kansas Pork Association’s #BaconAmbassadors were invited to attend the American Royal World Series of BBQ in Kansas City in September. In partnership with the National Pork Board, Smithfield and Weber Grills, the influencers attended special events, covered the competition on their social media channels, and included information on proper cooking methods and temperature of pork in their posts. KPA’s Bacon Ambassador program served as the primary source of influencers for this event. The combined reach of the influencers is over 2 million consumers.
Throughout the weekend, influencers used the hashtags #SmokinWithSmithfield on their posts, which reached over 2,400,000 consumers and generated over 126,000 engagements and over 10,000,000 impressions.
KPA’s #BaconAmbassadors program is a year-long program aimed at growing and engaging KPA’s social following, while also creating relevant content for eatpork.org.
KPA’s Bacon Ambassadors attend World Series of BBQ
KPA November 2, 2018November 8, 2018 Community & Events